Just when the screen prompted ‘The End’, my cell phone gently buzzed with a long-awaited notification. Sitting there all cozy in the 6-9 show of Avenger’s- End Game, the last few moments were surely the emotional roller-coaster. The intense ending of the movie in contrast with the intimation on my selection for the prestigious PGDBA programme made it the quintessential end game. In the amalgamation of a multitude of emotions, there were the elements of concern that made me wonder how the two-year journey would pan out. Having been selected for such a reputed course, I was cognizant of the fact that I would get to meet numerous talents with unparalleled finesse. As today marks the successful one-year completion of my PGDBA journey, I would love to be the raconteur to share an account of my experiences till date. Mesmerized by the pulchritude of the IIM Calcutta campus, I was all set to traverse the invigorating voyage. In the orientation week, I got acquainted with most of my batch mates and realized the level of diverse expertise each one possessed. It was followed by the ‘ordinary’ classes at IIM, where, every minute seemed like an incessant race against time, all for the quest of managerial acumen. Pre-semester was like a trailer of a fervent flick. In the backdrop of quizzes, case-studies, assignments, and presentations, a funky fresher’s party came like rejuvenation. Organized by our seniors, the soirée provided a platform for showcasing extra-curricular abilities.  The parade of variant talents made me acknowledge the multiple prowess, our PGDBA batches owned.

With each day that passed by, the hues of pre-sem grew fonder, until the time when it was concluded with a grilling semester exam. 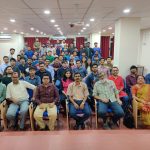 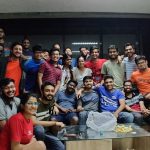 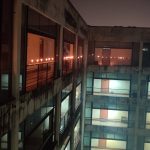 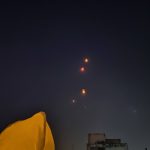 And in no time, we all were in ISI Kolkata, mecca of Mathematics. The contrast could easily be spotted. Every nook and corner emanated erudite vibes. However, the aura of the institute was pleasant and welcoming. The race here was with knowledge. The devotion and pursuit for learning appeared pristine, which was also shown by the top-notch professors in their readiness to impart wisdom while being compassionate and understanding, enlightening the students in all aspects. With a chunk of peers playing badminton, others peering at them from the top and a few busy with the bulk of assignments, it was at times difficult to decide the activity one really wished to engage in. Apart from juggling between classes and projects, the quest for analytics competence prompted most of us to participate in several Data Science and B-schools competitions, wherein the laudable performances brought laurels to PGDBA. On the social front, be it the magnificence of the Kolkata Durga Puja celebrations, the vigor in Diwali revelry by the entire batch, or just the joy in exploring the city markets, all these would be cherished for life.

As the winter winds drew near, the snug yet strenuous ISI semester ended, with a heart-warming farewell and a challenging end-term exam. 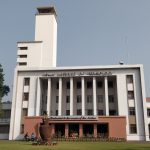 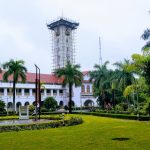 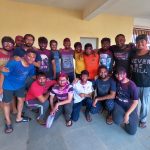 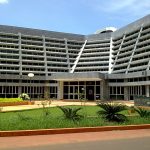 And soon, with the commencement of the year 2020, we all arrived at the enormous premises of IIT Kharagpur, where the chase was after an efficient time-management. From cycling to the classes to evening strolls to Tech-Market, switching academic buildings between periods to settling into the morning 8 routine while enduring winters, it was quite grueling in essence. In the thick of a bustling semester, the splendor of the Spring Fest, marked by the vibrant live performances and a frolic atmosphere, rolled in like fresh air. This was soon diluted by an enervating mid-semester exam, that seemed boundless.

This semester, brimming with tonnes of academic activities, got shadowed, by the swelling plight of the COVID-19 pandemic and as aftermath, it was switched to online mode. As we arrive closer to the completion of this semester, it can be unequivocally opined that this was the most exhausting, yet had its own tunes, to which our rhythms got harmonized.

The course is undoubtedly pretty demanding, which sometimes makes you question the worth of all the efforts. But, in the midst of an ongoing semester, when you find the beaming faces and satisfied souls of seniors after securing tremendous placements, where the giants across the country were hell-bent on hiring in a bunch, you realize the influence the power of the triumvirate, the structure of the course and your efforts can create.

In a nutshell, the journey so far has been enveloped in vivacity with enlightenment, camaraderie, and a rich set of cultures from all the three institutes, at its very core!

Articles
By Anurag Malakar, PGDBA Batch-5 (2019-21) The year 2005 | A regular morning in a middle-class Indian’s life The middle-aged…
General
Please go through the official website for the program to answer your basic queries: https://www.iimcal.ac.in/programs/pgdba 1)   How do I apply…
About Us
“Without big data analytics, companies are blind and deaf, wandering out onto the web like deer on a freeway.”  -…

This Article Has 3 Comments